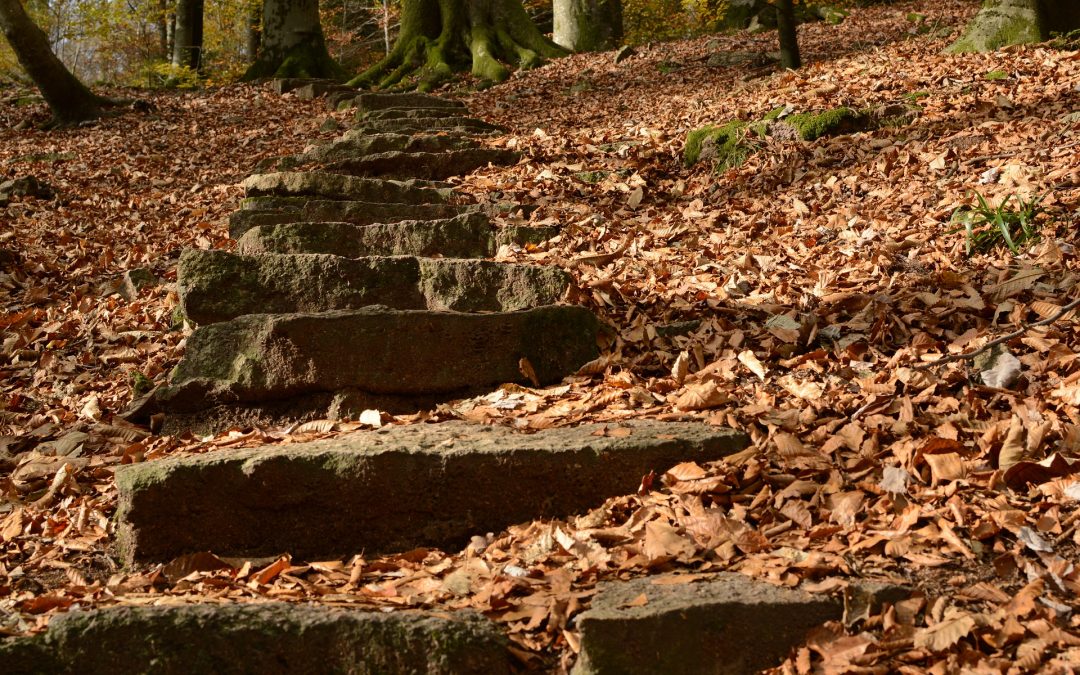 “I have told you these things, so that in me you may have peace. In this world you will have trouble. But take heart! I have overcome the world.” -John 16:33

As believers, Jesus promised us difficulty. So when hard times come, will we point an accusing finger at God and tumble on our face? Or will we lean into His strength and be lifted forward? Each hardship is either a stepping-stone or a stumbling block. What we witnessed in the yesterday’s story was forgiveness and pressing near to God. This created a stunning victory: and your sufferings can too.

Consider the life of the apostle Paul. What a hero of the faith, writing most of the New Testament from prison cells and zealous in church planting. He suffered continuously, and in 2 Corinthians 11, we see a list of his hardships. Paul writes, “Five times I received from the Jews the forty lashes minus one. Three times I was beaten with rods, once I was stoned, three times I was shipwrecked, I spent a night and a day in the open sea, I have been constantly on the move. I have been in danger from rivers, in danger from bandits, in danger from my own countrymen, in danger from Gentiles; in danger in the city, in danger in the country, in danger at sea; and in danger from false brothers. I have labored and toiled and have often gone without sleep; I have known hunger and thirst and have often gone without food; I have been cold and naked. Besides everything else, I face daily the daily pressure of my concern for all the churches.”

Paul endured so much suffering, it is a sheer miracle he lived through all that. But then Paul says something really amazing. “For our light and momentary troubles are achieving for us an eternal glory that far outweighs them all.” (Corinthians 4:17)

In our eyes, Paul’s sufferings didn’t appear momentary or light. But Paul wasn’t looking through natural eyes, he was looking with heaven’s values in view. This life is perishing, but souls are forever.  God helped Paul to have, “eternity’s values in view.” That’s how he was able to endure hardship, and with God’s help, we also can do the same.

Missionary to China, Hudson Taylor, saw two of his children die and many of his co-workers, when war splintered that nation. Hudson was fond of saying, “It doesn’t matter really how great the pressure is, it only matters where the pressure lies. See to it that it never comes between you and Jesus, so that the greater pressure the more that it presses you to His breast.”

“…in all these things we are more than conquerors through him who loved us. For I am convinced that neither death nor life, neither angels nor demons, neither the present nor the future, nor any powers, neither heights nor depth, nor anything else in all creation, will be able to separate us from the love of God that is in Christ Jesus our Lord.” -Romans 8:37-39

“Blessed are you when men hate you, when they exclude you and insult you and reject your name as evil, because of the Son of Man.” -Luke 6:22

“Endure hardship with us like a good soldier of Christ Jesus.” -2 Timothy 2:3

“In all this you greatly rejoice, though now for a little while you may have had to suffer grief in all kinds of trials. These have come so that the proven genuineness of your faith—of greater worth than gold, which perishes even though refined by fire—may result in praise, glory and honor when Jesus Christ is revealed. Though you have not seen him, you love him; and even though you do not see him now, you believe in him and are filled with an inexpressible and glorious joy, for you are receiving the end result of your faith, the salvation of your souls.” -1 Peter 1:6-9

“The LORD redeems his servants; no one will be condemned who takes refuge in him.” -Psalm 34:22